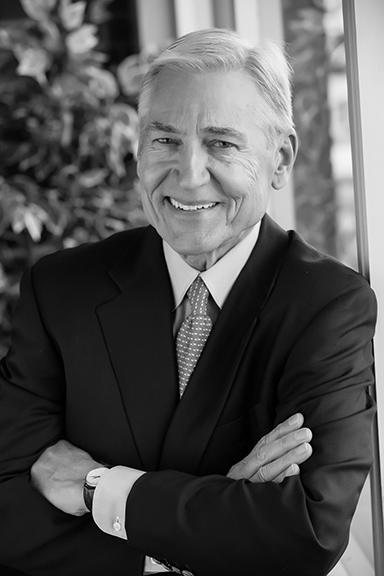 Corporate photography is an essential component of your company’s image and brand.  Quality corporate images present a professional, competent, and valuable brand to your customers. It’s imperative to send a positive message that can lead to an increase in business.  Superior corporate imagery allows you to personally connect with the public, a vital link in remaining competitive in the current business environment.

Utilizing the services of a professional corporate photographer show your customers that you pay attention to detail and believe enough in your business to make a significant investment in your image.

What Can a Professional Corporate Photography Session Provide for Your Company?

The expert photographers at Kelly Weaver Photography have the knowledge to utilize the equipment and lighting available on site. Our job is to capture the personality and positive qualities of your employees and your company.  Don’t leave your company’s image to chance.  Choose a photographer with extensive experience in corporate images.

A professional corporate photographer will take the time to understand your business, its goals, and the image you wish to project.  Natural “Work in Progress” photographs taken on site at your location depict your employees on the job. Communicating the spirit and culture of your company enables you to connect with your potential clients and present them with an inside view of your business.  A good photographer can also assist you with clothing choices, poses, and angles to ensure the image you project is one of competency, efficiency, and success.

In today’s world of social media and the Internet, professional photos taken by experts who understand the unique nature of the corporate environment are essential.  Whether you need photos for your website, advertising materials, social media, or other publications, the corporate photography experts at Kelly Weaver Photography will work with you. The result?  The highest quality images that capture the essence of your business and increase the bottom line.

Schedule a consultation with Kelly Weaver Photography today!  Find out what their team of experts can do for you! 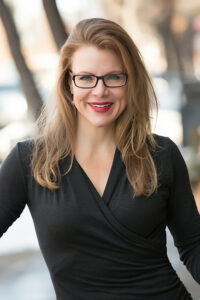 We live in a digital age where visuals count for everything. No longer can we hide from the public eye or not be spotted on the internet.

And when it comes to putting your face out there as the face of your business, you want it to be the perfect photo.

After all, shouldn’t the person represent the business and all it stands for?

A simple ‘selfie shot’ will just not do. Here at Denver-based Kelly Weaver Photography, we’re all about making you stand out from the crowd. Whether you’re the CEO or the office manager, impressions count and we’re all about reflecting the professional image you wish to portray through our photography.

Below are two ways in which together we can create that professional business headshot in Denver.

When you’re getting your business headshot in Denver, forget about the word ‘head’ shot, as your body will be included as well. This means dressing for the occasion and dressing to impress.

It also means dressing in a way which reflects your position or job. There’s a fine line between over dressing and dressing normally, however. When you get your business headshot in Denver, you want it to look natural. This means no ball gowns and tiaras, it means tidy business attire that you wear every day.

The key to a good business headshot in Denver is to wear clothing which makes you feel comfortable and look comfortable in the photo as well. Your clothing should fit well – anything too big or too small will be noticeable in the shot. It should also look new – no worn lines, holes or wrinkles.
It pays to also avoid wearing heavy patterns as this easily detracts from your face.

The biggest tip for a good business headshot in Denver is to just dress like yourself. How do your coworkers see you on a daily basis? How do your clients see you? If it’s dress pants, a shirt, and a tidy blazer, then go with this option. For men, a standard, comfortable business look is a suit jacket, a shirt, and a tie.  If you decide to wear a tie, keep the pattern to a minimum and wear a solid color shirt.  Try to stay away from white as a general rule and blue tends to look best.  If you’re comfortable, it’s reflected in the photography.

One of the biggest mistakes people make when they’re getting their business headshot in Denver is changing who they are for the photo. When people see your photo, they want to see who you are, not what looks best in the image. Take some time to practice smiling with your eyes.  Get in front of a mirror and try to sort out what suits you best.  People can generally get a ‘feel’ for who someone is in a photo and this may not be the case once they meet you in person.

So how do you let them know who you are? Don’t change. This means if you have piercings, leave them in.
If you dye your hair unnatural colors – leave it that way. If that’s how you’re normally presented in your line of work, don’t change for the camera. Getting your business headshot in Denver is about recreating you in imagery, not someone who only kind of looks like you. No one wants a false representation. The only exception to this rule is if you have been specifically requested by staff or management to alter your accessories or hair style for the day.

The same can be said for wearing glasses. If you normally wear glasses, leave them on. If you’re only a casual wearer of glasses, you make the call. If you decide to wear glasses, make sure they are clean as any bits of dust can show up on photography and know we will get glass glare that can add additional retouch costs. If you decide to opt against wearing glasses in your business headshot in Denver, remember to do so at least 1-2 hours before the shoot. This will eliminate the risk of red marks on your nose.

Kelly Weaver Photography is all about getting the best ‘you’ for your business headshot in Denver. Do not delay in getting in touch with any questions you may have about creating that perfect business headshot. 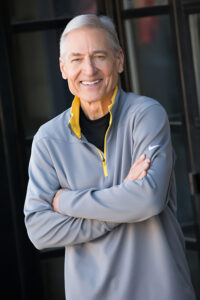 If you’ve ever worked in corporate America, you’ve most likely seen the ‘group amoeba’ photo hanging or sometimes affixed to the fluorescent-lit halls. Worn-out prints from the ‘80’s, ‘90’s and even the early 2000’s show awkwardly smiling faces – and some equally awkward facial hair from the early days – of what should be the entirety of the company.

The key phrase there being should be.

In the modern era of cell phones and high-pixel digital cameras, the number of opportunities for taking amazing photos have skyrocketed, changing the face of modern photography. With so much evolution in the corporate (and others) photography space, you’d be hard pressed to find anyone who prefers the old methods of long exposure and tricky prints you had to shake to expose. There will always be purists, but by-in-large most people embrace the new modern methods of photography. Shouldn’t your business photography match the modern times, too?

There will always be purists, but by-in-large most people embrace the new modern methods of photography. Shouldn’t your business photography match the modern times, too?

Take another look at that old group amoeba image the next time you find yourself roaming the halls of your workplace. How does it compare to the photos on your smartphone? Does it instill a sense of pride in your company? Are there key people missing from the photo, or worse, haphazardly photoshopped in later? The answers to these questions indicate an increasingly popular trend: businesses are getting away from the classic ‘group amoeba’ photo shoot and instead electing to highlight the company in unique and interesting new ways. Here are a few reasons why:

First off, what is the group amoeba shot?

The ‘group amoeba’ or company-wide group shot is the classic gathering of all levels of a business for a single, whole-company shot. Exec’s and first-day employees alike are all on the same level, which is great for company synergy but doesn’t really tell the story of the company hierarchy. Always staged and often awkward, the business amoeba shot has begun to encounter significant obstacles that are beginning to send companies running from the bleachers they’re standing upon to more engaging ways of telling the company story.

By far, the most common hurdle to overcome when attempting to get an entire company together for a single shot is scheduling all those people to be in one place at one time (and smiling). The rise of telecommuting has further complicated this already complex and many times frustrating endeavor.

Now, personal and corporate photographers are breaking up the amoeba in exchange for unique ways of engaging an even larger target customer audience. Clearly, it is far simpler to arrange a time for 5 people to meet than 500 people. It is also clearly much easier to

make 5 people feel comfortable enough to let their ‘real’ smiles and personality show than it is for 500.

Scheduling individual shots, or small groups or teams at a time allows for a faster photo shoot, giving your company more time doing what it does best. Rather than standing around waiting for everyone to look at the camera, a well-kept-to schedule gets your people in and out and back to the job faster by using time wisely.

And we all know time is money.

Imagine: rather than a single panorama photo of your entire company with small heads and barely recognizable faces, your halls were FILLED with dozens of photos of your company’s big hitters with bright, expressive faces and personality seeping through each photo. Sound like an upgrade?

Dividing your company photos into smaller groups, teams, and even individual shots bring out the personality of that individual or team of individuals far better than a set-up panorama ever could. Does your sales team have the same personality traits as your research team? Most likely not. So, show it! Catering to each team’s’ or individual’s role in the company in their photo shoot will ultimately produce an album of engaging shots you and your company can be proud of.

Group amoeba shots, furthermore, often only show the faces of the current company for a very short period of time. Attrition and turnover make group amoeba photos obsolete, sometimes before they are even hung on the walls.

Always at the leading edge of business photography innovation, Kelly Weaver has taken the concept of ‘divide and conquer’ one step further while simultaneously dealing with the issue of attrition. The Team Collage package allows for updating your company imagery by always keeping it up to date. Each individual’s photo in the Team Collage features fully removable sections of each team member’s professionally-crafted headshot and includes customizable text to settle, once and for all, the boss’s FAVORITE MOVIE.

Open Monday through Friday;  9 a.m. to 5 p.m.
Weekends by appointment.